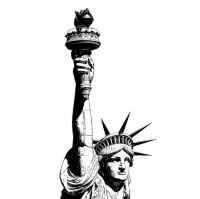 It is obvious that no one at Starlight Theatre paid attention to my previous comments about the quality of their Applause Club dining plan. We found ourselves underwhelmed Tuesday when attending the Best of Broadway dining prior to Bullets over Broadway, which was a decrease in how whelmed we were from dining at Matilda.

We hadn’t attended Bridges over Madison County earlier in the month, since it didn’t fit into our schedule, so even though this was the third show in the season, it was only our second time to experience Starlight.

Perhaps we are to blame for some of our disappointment. We came expecting an enjoyable, possibly magical evening. Instead, it started out with one pin-prick after another.

It started with the parking staff. If he wanted us to turn off the road onto the grass where he did, why did he stand 100 feet  further down the road and motion us sideways from there? I got to back the car up in order not to drive over what would have been a damaging curve. Then the next guy motioned us into a spot that required me to do a hairpin 180 degree turn to get into — something even my turn on a dime car isn’t capable of.

The people who took our tickets at the gate were very pleasant and helpful, though there was a minor issue with his machine reading our tickets. That didn’t prick us with anything negative. But when we got to the check-in for the dining, they gave us wristbands and told us we could dine in or out, wherever we wanted. No one to guide us to a table. If it had been our first time we might not have known how to get to the inside dining.  And when we got inside, no one greeted us for a long time, as we tried to decide where to sit.

Then there was our waitress. She never showed up at the table when my wife was there, and we had already gotten our food before she even mentioned to me anything about drinks. I placed my order, and said my wife might want to order a beverage when she got back. But the waitress never checked on her.

They ran out of items on the buffet, and those items remained unreplaced for long periods of time.  This included plates for getting food. I left my place at the table to pick up an item to go with the food I had on my plate. I left my cutlery and napkin in the places etiquette requires to let people know you are NOT done with you plate. The waitress came by and cleared my plate, and did not clear my wife’s even though hers was empty and set for being done.

I couldn’t get what I wanted, since there were no plates on the buffet, and came back to find what I had left was also gone, so I was unable to finish the food I had intended, nor get anything else for several minutes. I went and asked the waitress what she had done with my plate. She seemed entirely oblivious and not even sympathetic or apologetic about the issue, not even to admit any sort of misunderstanding.

After new plates were finally delivered to the buffet and I retrieved food, my wife finally mentioned that the waitress had never come by so she could ask for a beverage. I looked over and found our waitress talking to the guy behind the bar. The two of them were talking, not even paying any attention to the diners while they did so. I finally managed to wave him down. It took a couple of extra motions  for him to realize I wasn’t being friendly, but actually wanted service, and a couple more for the waitress to actually come by and take my wife’s beverage order.

By this time we were about ready to leave and just go home, the whole mood of the evening had been destroyed by the lack of attention.

The food was good, but we didn’t get the enjoyment out of it that we should have. Twice — when trying to resolve what happened to my plate, and when trying to get my wife’s beverage, I almost broke open and “made a scene” but I couldn’t see anyone that I could reasonably hope to escalate an issue to.

One of the reasons, besides the extra service, and the extra elegance of the environment and the menu, that we chose the Best of Broadway dining, is because the tip was included in the price. Tuesday night I wished it hadn’t been. There was no way to express  displeasure, and no way to award anyone for a good job.

But we did go ahead and watch the show. From a purely intellectual/critical eye, I should have enjoyed it more than I did; the dinner experience left a funk that was hard to get lifted out of. It took until the second act to really make an impact.

The music for Bullets over Broadway was better than that from Matilda, but the plot didn’t seem to have anything really compelling in the first act. It wasn’t until Cheech’s character started getting stronger in the plot that things started become more interesting. It was a well done show, but it brought to mind Catch Me if You Can, which was a much better show plotwise — that show was unexpectedly good.

So my advice: by all means see Bullets over Broadway if you want an enjoyable show with good music and nothing super special, but avoid the dining options until Starlight can get them resolved. Taking their dining inhouse has yet to improve their dining situations. So far I’d recommend they go back to hiring outside restaurants/caterers to do the work; whoever they have inhouse doesn’t have enough restaurant experience to get things right after three shows, which makes me question if they ever will get it right. For this Tuesday’s meal I’d ask for a refund, if I thought I had any chance of getting one. And I’ll hope that the tickets for the rest of the season’s dining (yes, we bought the whole season, at the discount) doesn’t turn out to be a continuing disaster.