Today’s post is going to be a very dangerous one. For while I won’t be speaking evil of the dead, I may not be speaking with high enough praise to satisfy everyone.

The deceased, Densel Ray Ball II, was a dear friend of mine, though definitely others knew him better and closer. My choices, and those of my family, took us out of his closer orbit, but still left my son and I within the greater orbit of his friendship.

Densel passed away on April 27, following complications from an automobile accident on the afternoon of April 21. He left behind his wife of 21 years, Denise, and two children, Jacqueline and Ty.

The service, as all funerals and eulogies tend to be, praised the man highly, as was true and right. People talked of his faith, of his care for others, the way he walked with his head up, reaching out to those around him. They portrayed the truth of his faithfulness: to his God, to his Family, to his Church, to his friends and fellowman.

I first knew Densel when he came to Cornerstone Wesleyan Church as pastor. We were between two churches, deciding which one to attend, and eventually chose the other church (close and specific programs). But we kept track of friends at Cornerstone through Facebook, and eventually when they started a men’s breakfast, my son and I started attending, and renewed old and developed new friendships.

And Densel was there, and I renewed friendship with him, and found his care and reach deepen with me and my son.

I also saw how he reached out to the staff at the restaurant, first at Home Town Buffet, and then Golden Corral. The way he observed everyone and reached out, and prayed for everyone, really was true. 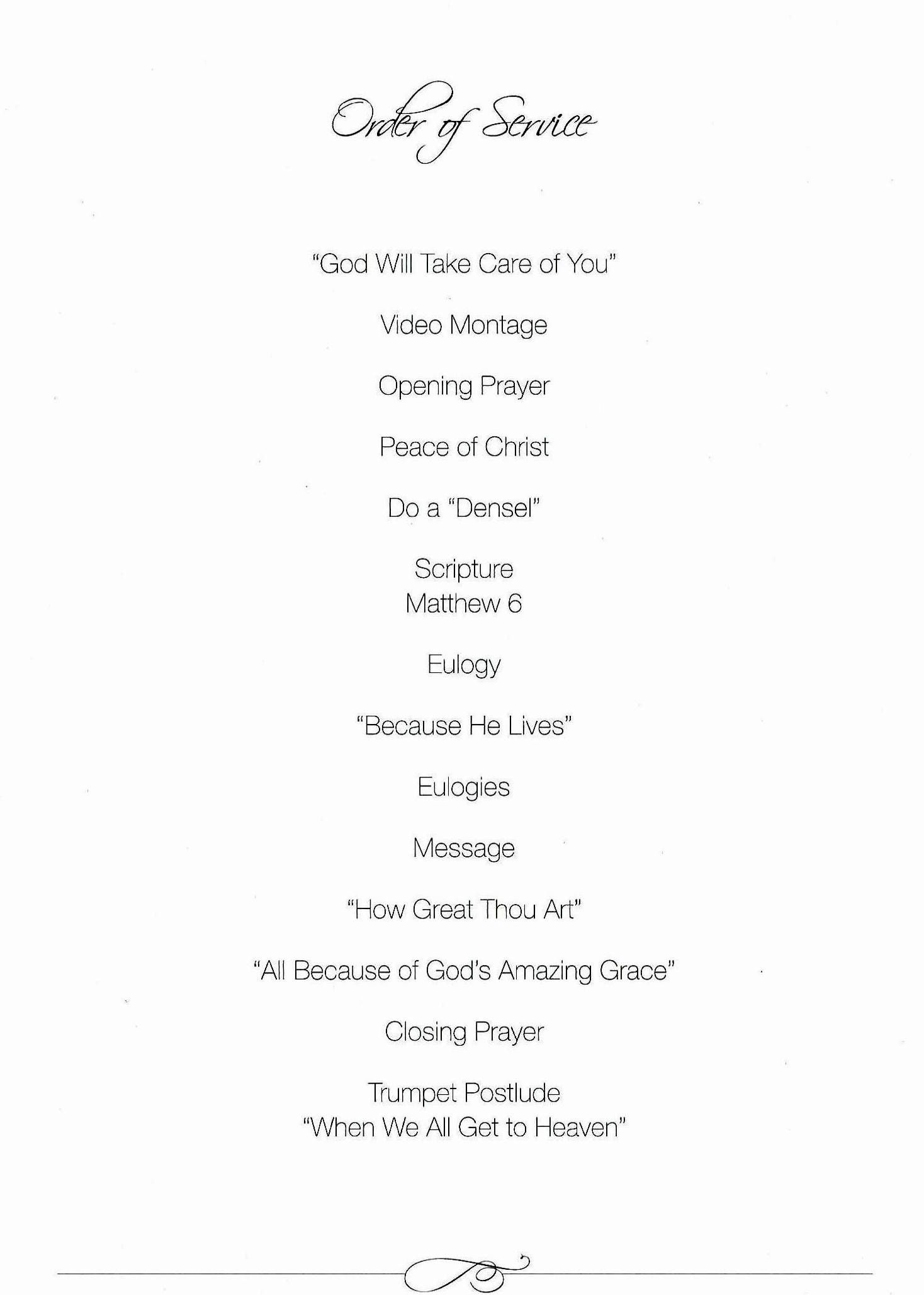 The amazing thing about it, was that once he established the connection, the rest of us, less open to reach out, learned and grew to continue the connection on the times he wasn’t there. He was faithful, seeing Christ in everyone, and he taught us all to learn how to do the same.

Yet, with all that, there was also another side to Densel. The oblivious side. Because that demeanor to reach out to everyone, doesn’t work for everyone. My wife never felt comfortable with it, and Densel never seemed to realize that fact, never changed or modified himself to meet her that way. Because of his obliviousness to who she was, she was never really able to get along with him. Likewise, for myself, I had personal reservations at the start, especially because of the way it caused dissonance in my family, and it took the time of a different angle for it to merge and grow on me, for me to be able to grow and gain an appreciation for his ministry and style, as I kept my own, while learning from him.

One other thing the funeral service did for me, was make me acutely aware of how far I felt myself fall from the standard Densel portrayed of faithfulness and selflessness. It did not bring me to despair, because it also emphasized the role of Christ’s love and mercy for us to be able to become new creatures, and experience and practice that faithfulness.

The service also showed me how many people were touched by Densel, and I saw people I didn’t know knew him, and we all realized how much the body of Christ is one body, but many members.