A Blast of the Past #113: Uncle Whiting and Aunt Ruth

This visit was after the passing of father, but his other three siblings were still alive. His older brother, Whiting, still lived up the road from where I had grown up, and with the passing of his first wife, my Aunt Arlene, he had remarried, and I now had a new aunt, Aunt Ruth, that I met for the first time.

The four of us visited them, and all their dogs, in the same spot where I had always known Uncle Whiting, but the house was a new modular unit, the old historic house having burned down in a fire sometime previously. 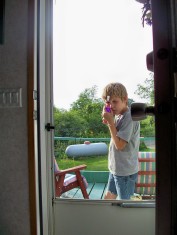 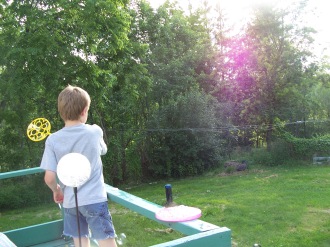 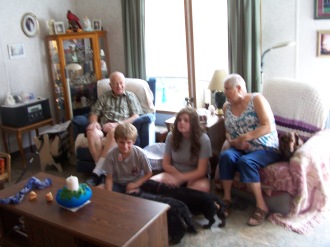 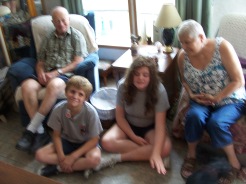