Worlds of Fun opens for the season at 10 a.m. today, Saturday, April 21. Those of us who are season pass holders were given a sneak peak preview during the evening Friday from 6 to 10 p.m.

My family arrived around 7:10 p.m. to find the entrance to the parking lot to be a joy to behold. The entry from Worlds of Fun Avenue to the car ticket booths had been completely repaved, or at least resealed, and fresh yellow lines indicating the lanes painted. Those yellow lines ran all the way through the ticket booths and up the entrance lanes to Lots C and D — probably all the way around to the hithermost parking lot.

All the lines in the parking lots — indicating where the spots are — were also repainted.  It looked like they did some filling of potholes and the like, but unlike the front drivein lanes, the parking lots I saw had no new repaving, only freshly painted lines and patches. But after several years of not knowing which of 2 or 3 faded lines on the pavement were the correct ones to be using to park, it was a real luxury to know where to park.

When we came down from D lot (parking security had just closed the side entrance to C lot, though there were a moderate number of open spaces distributed throughout lot C). and walked to the security tables, we noted how clean and efficient the permanent security structures were, and the huge line we could see once you got past them.  But those lines turned out to be people headed back towards us, to get to the season pass processing . So  we didn’t have to wait for them. 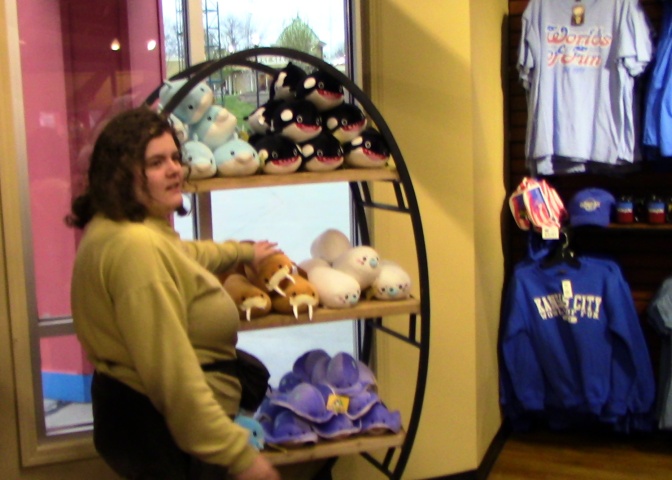 Getting through the pass/ticket stations as easy, and then we had our pictures taken by the camera people. We usually avoid this but decided to do it for the sneak peak. The photog told us about the FunPix photo pass. We had seen similar FunPix programs at othere Cedar Fair parks last summer during our parks tour, and now the program is apparently being brought to Worlds of Fun. We got our photo slip from the photog but forgot to check for the pictures at the end of the evening.h What I see on the  website says that they have a $19.99 all day plan andd a $34.99 all season plan.

Get FunPix to capture, collect, and share all of your professional park photos from a single visit to Worlds of Fun in 2018. With FunPix, you get unlimited digital downloads of all of your photos!

Capture a season of memories when you add FunPix to your Season Pass and get unlimited digital, professional park photos from every visit to Worlds of Fun during the 2018 season. 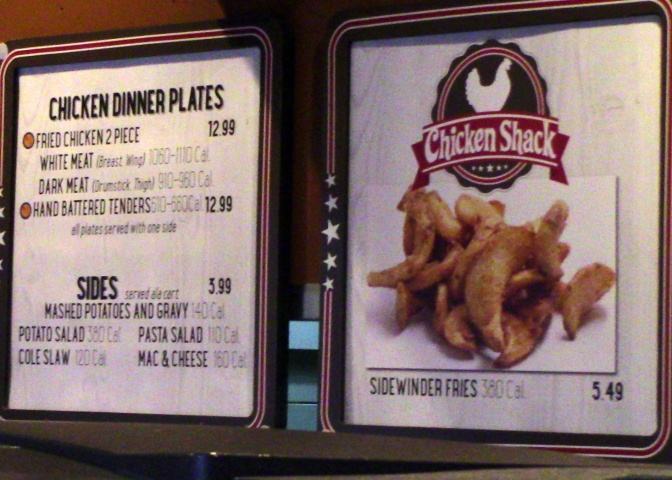 We also noted, on the piece of land  between the stair next to the locker rentals and the accesibility ramy, that they had put up a park map.  It was in a  new style, and as it got dark, we realized it, like almost every other park map (I think we found one that wasn’t updated) was backlit. And they labeled where you were so  much  more clearly, as well as what was close by in each direction. 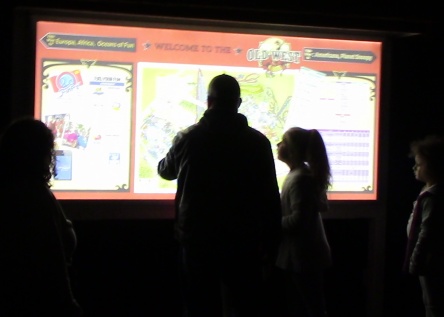 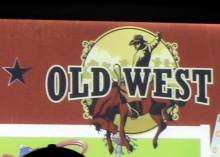 We didn’t ride any rides, but had a nice excursion walking around and observing the many things that had changed.  Betsy noted that theh Nordic Chaser looked like a kiddy ride on the Facebook page.  But  when you saw it in person, and how fast it went around, you know it is an adult ride.

The eyes and mouth of the Sea Dragon now have lights that add extra personality to the ride.

We spotted the lights on the Sea Dragon from where we ate supper at the Chicken Shack.  I was a real culinary find. The chicken shack now serves actual chicken dinners: dark or white meat or chicken strips, with a choice of traditional sides.  No more boneless wings there. Just prior to that we had stopped at the Coca Cola Refresh station to pick up our alll season bottle, and to try my all season paper cup program.  Both were on the season passes where they were supposed to  be.

When we crossed the stream in Africa we noticed that the topiaries that were there during WinterFest — giraffe and elephant for example, were still there (so they aren’t live topiaries, but fake, but still  look very good). Right beyond the topiary was the G’rilla Grill with its updated fare of wings, hot dogs and chicken fingers.
We are seeing a progression of food upgrades. 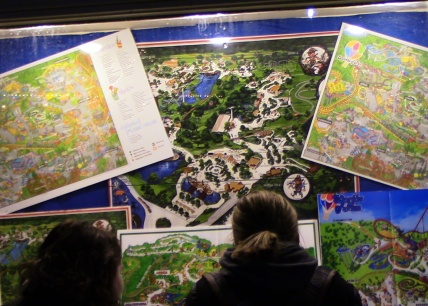 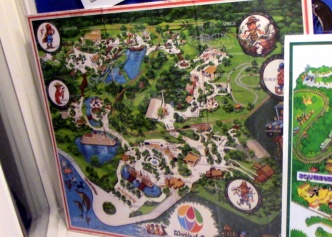 On the  hillside next to Auntie Anne’s they had a grass clock. It reminded  me of things we saw at Kings Island     and Kings Dominion, only smaller. Paisanos, which was almost never open, was open, serving pizza baskets, pasta and salads, and had a cosmetic upgrade)  The one trend, besides an increase in overall food diversity, was a simplification of the meal plan. Pizza baskets could choose side salads in the past. We have yet to confirm if they still an.
Vittle Griddle had same fare, simpler basket structure, with more items not on the dining plan. The street tacos now is doing quesadillas as pico something
So a lot of menu updates, signage updates, and a new fountain in the Americana Plaza with the lowered landscape removed.

So it looks to be an exciting season. Not sure how much more I will be blogging about it, and in what fashion. Me, Betsy and Carly do orientation at WOF today to become s seasonal.employees. So I have to clarify that my blog is my opinion. And while I should say positive things about WOT must be more careful about constructive criticism. I will follow up with HR for guidance and inform you of the result as appropriate.